Yesterday, after a VERY long plane ride to Costa Rica, we all hopped into a couple of vans and drove to a restaurant that had really good food. After we left the restaurant we had another very long drive to Finca la Anita, where we learned all of the rules. For dinner we had (the best!) tilapia, potatoes, an interesting type of melon, and a flan-like cake with cacao nibs for dessert. (Every night, they have a dessert that has some form of chocolate on/in it, so a lot of us are excited about that.)

Today, we woke up for 7:30 breakfast and had a break afterwards until nine. Some of us played cards while others went on a walk to explore the scenery. There was a river trail that was really pretty; it was surrounded by trees when we didn’t see the river. 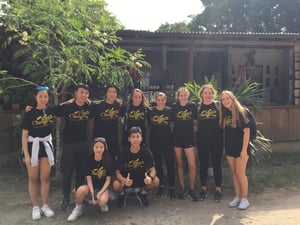 After our break was over, we went over a few more of the rules and then learned about the cacao plant, including both the history and how it is used. Pablo made some of Marie Antoinette’s famous hot chocolate, which is made with warm water, cacao nibs, salt, vanilla, chili, and sugar. Most of the chocolate we eat at home is low quality chocolate that has very little actual cacao in it (5% or less of it is actual chocolate, and most of it is sugar and palm oil, which is a low-quality version of the fats that are in the cacao plant). We also learned how to differentiate between good and bad chocolates (dark chocolate shouldn’t taste bitter!). The good chocolate will be at least 64% real cacao because it will have 32/32.5% of cacao nibs and the same amount of fat from the plant itself, not another additive. There are three types of cacao: Criollo (the best quality and most sought after), Forastero (the one that is used in a lot of the chocolate we have at home), and Trinitario (found in Trinidad, it is a hybrid between Criollo and Forastero). The only type of cacao found in Costa Rica is Criollo, because it’s the highest quality. Pablo has over 8,000 cacao trees! After we learned about the cacao plants and trees, we got to try all different kinds of chocolate, including the hot chocolate. It was really good!

After the chocolate tasting, we went on a tour of the farm. We got to try the cacao beans straight out of the shell – they tasted like lemon and watermelon/strawberry mixed together, but they were also really slimy as far as texture goes. To finish up the tour, we saw Pablo use his machete skills on a 7 month old palm tree to get the heart of palm for a salad. We watched him make the salad and then had lunch (consisting of the heart of palm salad and plantain chips).

We had a break after lunch and then had our first science lesson on different species of ants. After dinner, we had a short break and went back for another science lesson that consisted of a night walk and a couple more videos on ants. (During this we also encountered multiple queen bullet ants, which was very interesting.) 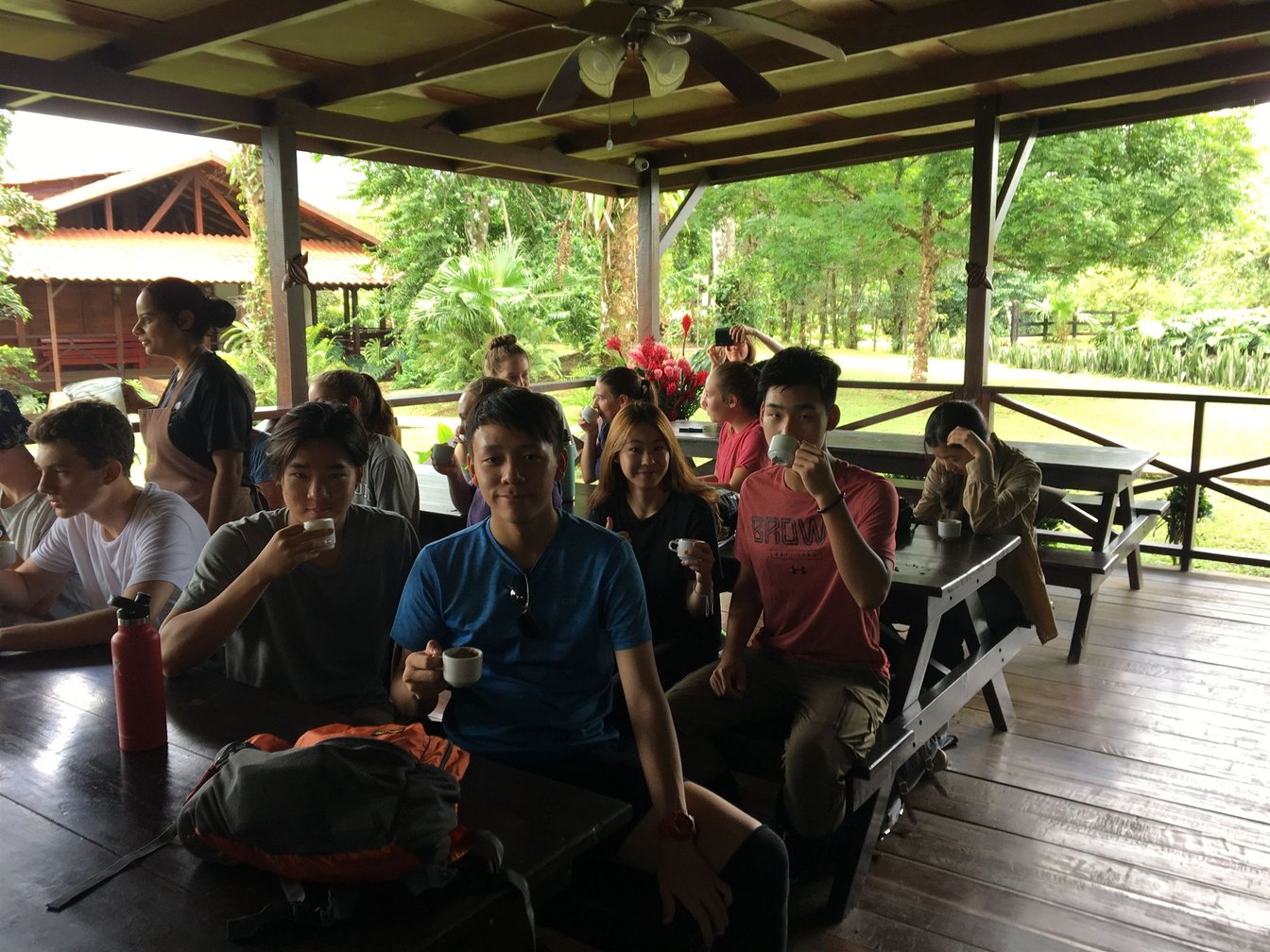 During the two science lessons, we learned about multiple types of leafcutter ants, and how to differentiate between the two. We also learned about a specific type of fungus that affects bullet ants (Cordicepts). It invades their bodies through the spores on their torso/abdomen and travels through their body to their brain, where it attaches themselves and uses the ant for means of transportation to get to the top of a tree. Here it kills the ant and begins to grow out of it to affect other ants in the same way. We then talked about the scientific method, and practiced using it by testing where the bacteria was most abundant on the farm, although many of the groups narrowed down the area we chose to test. We took a swab dipped in water and then rubbed it on the surface we chose to test, and then ran the swab across a Petri Dish. Tomorrow we will see the amount of bacteria that has grown.

Before we began the group experiment, we had to break up into smaller groups, and choose a group name.

Keana, Zoë, Brian, and Tiffany are Gongsang (it means symbiosis in Korean)

Izzy, Lainie, and Justin are The Sea Ants

Grace, Yoyo, and Ranne are Tobunluepop and Girls

We’re so excited for all the many adventures to come in the rest of our time here… we can’t believe we’ve done so much in only one day.