This article appeared in the Fall '15 Tabor Today magazine. Sally speaks at Tabor on 10/31 at 1pm as part of the Graboys Leadership Symposium. You can tune into her talk on Facebook live. 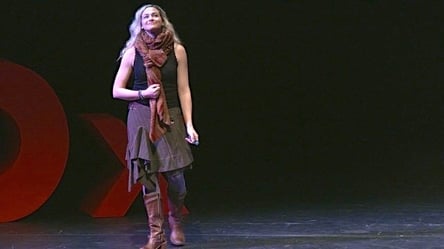 Six blind men are traveling across a dessert when they come upon an elephant in their path. The first feels the tail and announces, “Elephant is a rope.” The second blind man feeling the tusk says, “You’re crazy. Elephant’s a spear” Another feeling the ear say’s “What? Elephant is a fan.” Each feeling a different part and concluding a different Truth, they argue for the validity of their perceptions until a wise king comes along. “Stop fighting” he commands. “Each of you thinks he knows the Truth by touching a part of the animal. But you will only understand its larger essence by listening to each other and sharing your different experiences.”

I was introduced to this fable in my Anthropology 101 class and was so intrigued it quickly became my metaphor for the nature of the human condition. The way I see it, like the blind men in this story, each of us gets to feel but a sliver of space and time, before we begin to imagine we understand the whole—the enormity of the beast that is reality--and start befriending those who agree with us and discrediting those who see it differently. How much more would be revealed to us if we had the courage to freely share our experience and listen to each other with opened minds and hearts. Hearing the Elephant fable electrified and terrified me, as though I was on the brink of some amazing adventure. And I was.

I created the Consenses project to enhance global tolerance, creativity, empathy and peace by providing art as a language and a lens through which to see each other, our world and ourselves more expansively and compassionately.

Here is how it works:

I started by creating an elephant of my own. I collected 22 images, each representing a different angle of one thing. I gave one photo each to 22 musicians and asked them to a) interpret its essence, b) express it as a song and c) return it to me. 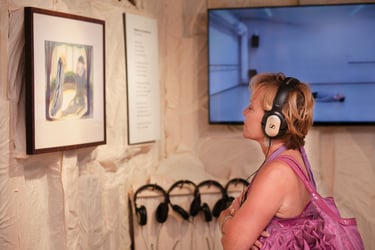 I then took each song and sent it to one of 22 dancers, leaving out the original photograph that inspired the song. The dances were sent to painters, the paintings to perfumers, the perfumes to poets, the poems to sculptors and so on until all the senses were represented. At the end, 150 artists had participated from around the world in this global game of “Telephone” played through the senses.

Finally, each entire chain was given to a set designer to create a physical environment for the art to live in. When the 22 sets were done, I pulled them into an exhibition and opened it to the public.

As I hoped, the exhibition inspires people, enlivens them, makes them feel more confident, more tolerant, more connected, more seen and heard and more free. They are transported beyond the boundaries of their own imaginations to a place, where they feel safe enough to contemplate the possibility that maybe there is no right and wrong or good and bad. Perhaps there are just different angles of perspective on a greater truth. And like different facets of a prism, we each take the light of inspiration and cast our own versions of it against the wall.