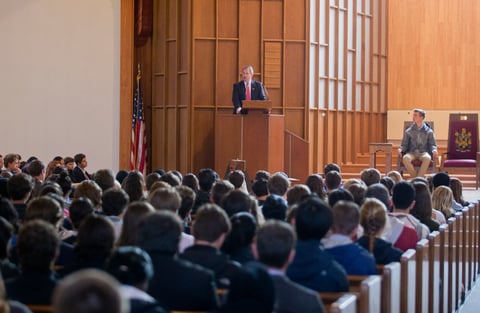 There are a few precious days each spring when I am awakened by the sound of progress, of literal and figurative moving forward. I think it has to do with the harbor being mostly empty of boats, or perhaps the density of early spring air. But with the windows open, in the quiet and blissful few moments before the mental gears engage and then start to spin, from somewhere out there, it comes in through the screen, light as a breeze and nudging me into waking. It starts with a sort of knocking sound. Then there are a few splashes, the slight hum of an outboard. Voices next. The ordered confident barking of a coxswain, maybe a little coaching in between. Together now. Pick it up. Power ten! Let’s Go!

I have always thought the idea of being an “on the way to somewhere” person was cool, and I am drawn to people and places that feel like they have somewhere to go, and a purpose in getting there. I don’t mean in a distracted way, which makes you miss the enjoyment of the here and now. Rather in an intentional way, a self-reliant, perseverant way. Like you, I know that the future comes towards us, invited or not. But some people, some places give the sense that they are closing on what’s ahead, rather than the other way around. Imagine that – chasing and gaining on the future! That’s the sense of being on the move.

This idea has been rumbling around in my head since an April day, when I looked out my office window and noticed one of my favorite “on the way to somewhere” people passing by. Have you ever watched, I mean truly observed, Jack Gordon moving around campus? On the day I’m talking about, he blew by on the path outside my window at a walking Mach 3, barely breaking stride to check his watch, because – you know – lifting your hand could cause some unnecessary wind-resistance, which could slow a person down. I got up to see where he was heading, but too slow. Nothing there…just a Flash-like vapor trail hanging along the pathway. But he did leave me thinking.

In Jack this day, as with so many of you on so many days, I saw stridence, ambition, focus, intensity. Every stride seemed a declaration of purpose and intent. I love that, and I love being around people like that. I always have. This must be, I thought, why I like the school environment so much, and why I’ve made it my life. Maybe I just like the adventure of being on the road to somewhere, of being on the move, and of sharing with others who feel the same.

At school, I am always aware of how much we invest in trying to get to wherever it is we are going. Some of this is geographic, as in “Can I get to the MANS Center in time for class?” A better version of it is what I might call progressive, as in, “Can I get to the end of this class, pass the exam and move on to AP?” Still other parts are marked by a certain kind of forward-looking projection or imagination, like a 10th grader thinking about a senior speech she might give two years on. But the neatest sort, I think, and the “movement” that excites me most, has a destination we’re not really certain of – other than that we know we are on our way there:

We’re On the Road. As Jack Kerouac described it: “Friend, we’re going, and we’ll never stop going. I don’t know where, but we gotta go. We gotta go, Man!” This is the growth part of our education, echoed in the life-long learning -- maybe we mean life-long gotta go? -- phrase of our mission. It is generative and creative, optimistic and unafraid. School, like the best-lived lives it turns out, is neither a starting point nor an ending point. Rather it is an endless number of thresholds, of places or states or levels we’re leaving, even as we move along into new ones. We have no choice. We gotta go.

This is most evident at this time of year, especially for our seniors -- this great class of 2017 who will graduate one short week from now. I can see it everywhere, and you can probably feel it too. There is a term Ms. Gardiner uses from time to time – liminality – which describes the interesting state of flux people find themselves in during positional rites of passage or ceremonies such as graduations. As the seniors near their big day, they are increasingly less of the things they’ve been for some time – Tabor students, seniors, high-schoolers, adolescents, graduates to be. At the same time they are slowly becoming more of what they are not quite yet – college students, freshmen, young adults, graduates, young alums. It’s the same for everyone, though the transition is more dramatic for the seniors. Still, students new to Tabor this year – you are about to be the returners. Followers among you – you are starting to be leaders. This week all of us will be celebrants – but next week, back to work. We’ll all have moved up a bit. You still-freshmen, will almost be sophomores, and so on for everyone up the line to you almost-seniors who are still partly juniors. But not yet. Not quite yet.

I mentioned the term 'threshold' a few minutes ago, and the word liminality refers to just that – the literal state of standing in a door jam, on the physical boundary between one side of a passage and another. To the ancients, this was both architectural and spiritual. To Jim Morrison and the Doors it was mystical and perhaps psychedelic. To me, it forms an interesting framework for thinking about what it means to be people and a place on the way to somewhere. School is a liminal playground, a “not yet” place, full of “not yet” people. We are always, it seems, in between. On the way. We dissipate, we congeal. We evaporate, we condense. We disappear a little, we appear again. We are never all cocoon, nor all butterfly, and are both partly and mostly sunny.

Which means we have to be assessing and reflecting all the time. So I ask the liminal you, “Where are you going?” You are asked this so often, but rarely get to answer well. Sealog is a where-are-you-going app. But I’m not really interested in that. Seniors, your friends might ask where you’re going. What would you have given to answer that question a year ago? To Cornell or Middlebury or Northeastern, you say so easily today. Dave Mathews wants to know; nice song, but no answer there. The tin man asks Dorothy. To see the Wizard, she says, but really she’s headed to Kansas. Young children always want to know – where are we going? – right before they ask if we’re there yet! Even Peter demands of Jesus, “Lord, where are you going?” The pace of today, the steps along today’s paths – strident, confident, optimistic – are the nascent hints of a larger life and learning question. Where are you going? Ask yourself. Do you know? Are you there yet? No. No? That’s ok.

How scary and how fun, and how hard to imagine. We’ve talked lots this year about being comfortable in discomfort. This type of existence is about as uncomfortable as can be. It is where that worrisome sense that change sometimes brings us comes from. And yet we also know that it is what is inspiring to us, and motivating, in the ambitious lives we lead here at Tabor and which we expect you seniors to lead next year and thereafter. Ambition is so often thought about as outcome-oriented, and has a bad rap as a result. Ambition to me means being on the move. It means being on the way to somewhere, and somewhere good.

There is, of course, a conundrum in this – another whole talk which needs a quick mention. While I am energized by being on the way to somewhere, and while I want us to be a school and people on the move – as I get a little older and much, much wiser, I find that too little of our time is spent in the moment. It’s the difference between passing through the important experiences in our lives, distractedly, and using the strength of the moments we’re in and the people we’re with to keep us moving. What a dilemma – how can we say, “We gotta go,” and also make ourselves, as I often encourage, “Be here now.” I suppose the answer is in liminality itself – we’re both here and on the way at the same time, in varying proportions, in differing states of flux. Everything is in constant change, said the Greek Heraclitus; a person can’t step in the same river twice, for everything flows. Had he been as sharp as I am, he might have added – just to prove his point and to offer a good conclusion to my talk: The issue isn’t just that the river is changing. The toe-dipper is changing, too. He could have said: The same person won’t step in the same river twice. Then I could’ve said: Yes, Heraclitus, but one can sit and enjoy the changing river all day long, and find pleasure, satisfaction and meaning in it. He would certainly have nodded in profound philosophic approval.

As we move through these important two weeks, I hope we will be fully aware of what and where we are, and that we’ll find pleasure in that. I also hope we’ll embrace where we are going and what we might one day be. Liminality, the thresholds of our lives. Don’t forget: We are people on the way to somewhere, and somewhere good. You seniors especially. We love you. We’ll miss you. You’ve done so well for us and for yourselves. Good Luck, and remember: You Gotta Go, Man!