Scouting for the Environment 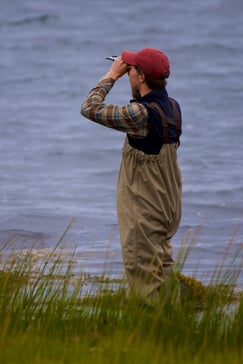 I have been involved in Scouting since first grade, when I first joined as a Tiger Cub. While I have learned countless things through my experience that are integral parts of my personality, the most important thing that Scouting has taught me is a love of the environment. It only makes sense, then, that my Eagle Scout project was based heavily on an environmental focus in my hometown of Jamestown, RI – installing a water collection system on a greenhouse at a local farm, helping to conserve a vital resource on an island community. This project qualified me for not only the rank of Eagle Scout, but also for the Hornaday Conservation Award – a decoration for achievement in environmental stewardship and protection. The quest for these two recognitions has been a large part of my adolescence, and I hope to help those younger than me to find the same passion.

According to the Hornaday Awards website, “…the program was created to recognize those that have made significant contributions to conservation. It was begun in 1914 by Dr. William T. Hornaday, director of the New York Zoological Park and founder of the National Zoo in Washington, D.C. Dr. Hornaday was an active and outspoken champion of natural resource conservation and a leader in saving the American bison from extinction. He named the award the Wildlife Protection Medal. Its purpose was to challenge Americans to work constructively for wildlife conservation and habitat protection. After his death in 1937, the award was renamed in Dr. Hornaday's honor and became a Boy Scouts of America award.” 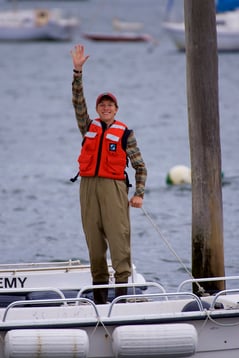 In early November, I will be taking my experience with the Hornaday Award to the next level, by presenting at the New England Environmental Education Alliance Conference alongside Grant Van Eck, a staff member of Narragansett Council of the BSA, and my mother, Brenda Hawkins, under the theme of Generational Engagement. Mr. Van Eck has been an enthusiastic supporter of my journey as a Hornaday Award recipient, and my mother has been encouraging me throughout my life, and was the one who suggested that I present about my award at a conference such as this one. Our seminar will include a brief history of the Hornaday Award, a presentation of my project as an example, and then breakout groups that will discuss the award and brainstorm ideas for other environmentally centered multi-generational projects.

I’m excited to have this new experience, and am sure that it will prove to be a successful seminar, as well as an excellent learning opportunity for others and myself: while the Hornaday Award is an impressive achievement, its existence is not widely known. I hope that this presentation will not only help to spread the word about the Hornaday Award, but also foster a love and understanding of our natural world that spans several generations.