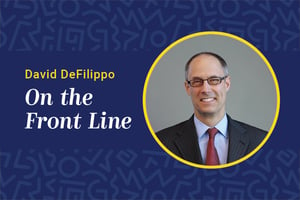 I had the good fortune to attend and graduate in 1984 from Tabor. My experience included structure and focus on academic rigor and athletic discipline, as well as my initial learnings on leadership development. This development took many forms, be it in the classroom, on the playing fields or in the dormitory; however, the common denominator was the consistent support from the faculty.

I recently was invited back to Tabor to give a keynote address to students and faculty at the 2018-2019 Graboys Leadership Symposium. The focus of my speech was leadership and role models, during which I showed pictures and told stories about faculty members, teams, and classmates who had made a lifelong impression on me. The main points and themes from this speech are retold below; relevant still, especially as students embark on a new school year!

Preparation: It was the first day of school and I arrived at Mr. Bidstrup’s third period Ancient History class. His first homework assignment was to get a notebook for use in class. When I went to the school store in between periods I found out there was a run on notebooks and none remained. Returning to Ancient History class on day two, the first question we were asked was to show our notebooks, and everyone held up a spiral-bound pad except for me. Mr. Bidstrup looked at me and said, “Get out and don’t come back until you have a notebook.” At that point, I made my way down to the small town center of Marion in search of a notebook, which I made sure to display on day three of class.

You Can Do Better: I ran cross-country and our coach, Mr. Cobbold, was an energetic Englishman who used to ride his bike alongside us shouting, “Chop, chop harriers!” Mr. Cobbold was also my adviser and closest faculty confident during my four years at Tabor. Following my sophomore year, I had a strong cross-country season and ended up in the top 10 of our conference championship, so I was feeling good about my performance. Sensing my pride and perhaps some complacency, Mr. Cobbold said, “You run with nice form, long strides, and you had a good season, but you can achieve more, which means believing in yourself. You can do better.”

High Standards: My first career role was as a high school Spanish teacher, but what most don’t know is that I had to take Spanish I twice, as I failed that class freshman year. So, as I began Mr. Hutchinson’s Spanish I class, I asked him if perhaps learning languages was not in my wheelhouse. He listened to my concerns, processed this information and then said, “If you do the work and practice the exercises I have no doubt that you can excel in this course.” Had it not been for Mr. Hutchinson I am not sure that I would have entered the teaching profession as my first role out of college.

Put in the Work: Teachers and coaches were not the only sources of inspiration during those formative years. My fellow classmates were also examples and role models in their own right. Andrew Coler ’82, who was two years ahead of me and captain of our cross-country team, took me under his wing and impressed upon me that there were no shortcuts. You had to put in the work, whether that meant miles on the road or time in the library. Applying oneself and focusing mattered.

My experiences at Tabor sowed the seeds for a career dedicated to education and focused on the potential of people. As I retold these four stories during my keynote, their impact on me and on the approach I take to my role as a human resources practitioner and leader was evident. I’d encourage all of us to reflect on the people and experiences that shape and inform our approach to our vocation. 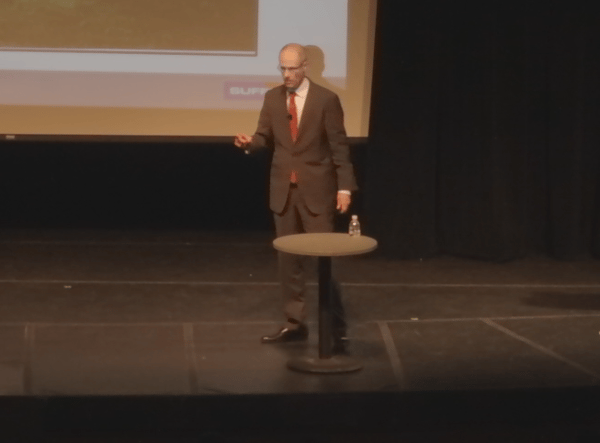 David DeFilippo is principal of DeFillipo Leadership Inc. and an executive coach at Harvard Business School. To comment, email editor@clomedia.com.