Putting on a Show

When putting on a production of a musical, you typically need 2-3 months at the very minimum to make a decently sized show run smoothly. Now I want you to imagine doing one in six weeks! 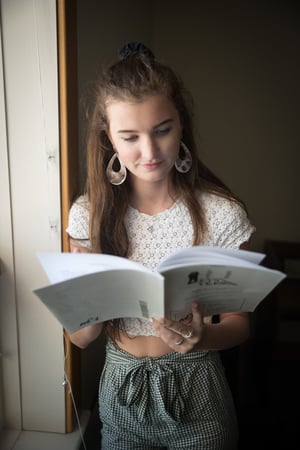 Hello, my name is Kelsey Boch and for my senior project, I will be putting on a production of the musical The Last Five Years written by Jason Robert Brown in just six weeks.

This show is about a couple who live in New York City. The said couple is Cathy Hiatt and Jamie Wellernstein. Cathy is an aspiring musical theatre actress, and Jamie is a highly acclaimed author. Throughout the show, you see their relationship both end and begin over the course of five years. But, what is different about this show is that it isn’t in chronological order, for Cathy that is. Basically, the two characters are only on stage together once during the whole show, in the middle during their own wedding. Cathy starts the show at the end of their relationship and ends at the beginning. Whereas Jamie's side of the story is from beginning to end. With this unique way of telling the story of this couple, the audience is able to see the relationship from both parties perspective without seeing the other person's reaction. Essentially just one person’s sole view of the relationship is on display at a time.

The Jamie to my Cathy is none other than Tabor alumnus Tucker Hrasky ‘18. In this project, I will be playing the role of Cathy as well as producing, directing, costuming, designing the set and lighting, and doing most everything else that comes with putting on a production of a musical. I choose to do this as my senior project because I love theatre. I love the inner and outer workings of it, from behind the curtain to right out on center stage. So, putting this production on in only six weeks time has been a fun challenge I have never experienced before. Sure, I have done something similar, but only as an actor. Then, I did not need to worry about what was happening backstage. Being able to learn about set design and the managing portion of putting together a show has been difficult yet fun. 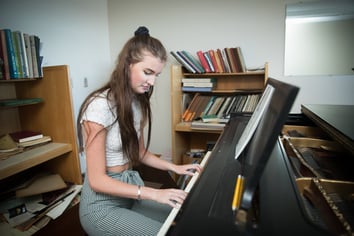 This experience is something I will definitely treasure forever. Being able to take complete artistic freedom and essentially be my own boss has been a nice change of pace. Being able to just sit in Hoyt Hall and work for a couple of hours straight has been both exhausting and exhilarating. Nothing will compare to the feeling at the end of it all of knowing that I made this happen. Of course, with help, but that it was I who pushed the idea forward and completed the tasks mostly on my own.

So, I invite you to please come see my show. It is one night only in the Black Box on May 18th at 7 pm. It is not something you will want to miss!