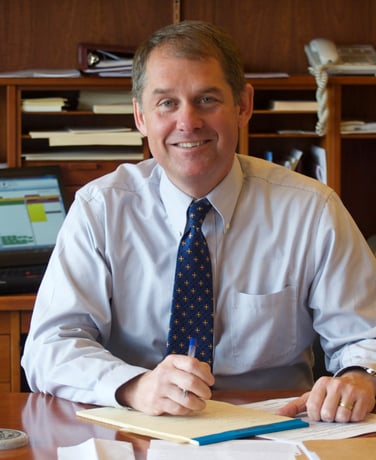 Today’s news consumes me. I feel that the social climate and the way “we the people” respond to it will leave indelible marks on the rest of this century. It’s not, for the most part, because of what I agree or disagree with – though I certainly have strong opinions. Rather it has to do with what I perceive to be the inability of many to recognize the power of the ideas that are in play, and the disconcerting claim that this swirl of opinion could have a confident, clear, and binary rightness or wrongness to it. I am mystified by the misguided premise that things are all one way or another; that you are right or wrong, on this side or that, for these people or those – but never in between. It suggests that ideas themselves are that way – which is simply not true.

There are certainly some ideas that are better than others, but the most interesting ideas have ambiguity and tension in them; shades of truth or ethical dilemma; some facts, perhaps, but also interpretations. Context, experience and relative knowledge have so much to do with how we shape our opinions. How else could it be that we have access to the same details, but reach such different conclusions?

Truly, it feels to me like respectful dialogue and debate have been left to languish, half-dead, by the wayside of our march to the future. By far worse than being all good or bad, this means that ideas and opinions have been rendered value-less in a learning sense. If you’ve taken your ball and gone home, or if you retreat to the comfort of only others who share your view, if you are not willing to mix it up intellectually, and with some sincere openness of having your mind changed – well, you miss the opportunity, always present where there are conflicting views, of reaching creative conclusions or solutions to difficult problems. You’ve become detached from the active world of ideas and curiosity. You’ve left a hole, a void in the place where your care for others and committed citizenship might most express itself.

Many of you will vote for the first time in the next election and will live in a world determined by today’s ideological conflicts. So what you learn to navigate intellectually at Tabor matters. Wherever you stand on the political spectrum – and I’m glad to know there is a range in our community -- and no matter your opinion on any number of societal challenges, we have to agree to use our opinions and our beliefs to serve each other, not to divide or exclude. This urgency of practicing an existence within the conflict of ideas has never been clearer to me. Here you have the opportunity to emerge as scholars, artists, athletes and community servants. However, our highest calling may be beyond these things.

I hope we can focus this year on developing ourselves as citizen-scholars – knowledgeable participants who can be of principled consequence in our communities. Today, we are all buffeted by a barrage of media sound-bites, half-truths, stentorian-like opinions, and an inability for people of opposing perspectives to conduct themselves at a truly informed and constructive level of civic or civil discourse. It’s harder than ever to be a person of empathy; a studier of the issues; a holder of informed opinion and critical examination; an impassioned believer in principle, but not a blindly confident one; a discerner of trustworthy knowledge, rather than a professor of absolute truth. To be these things is to participate fully in the key activity of citizenship – to discover among others with whom we might disagree, the places where we can agree or at least understand, and to rend from that process the “more perfect” society we desire.

This happens only in places that embrace open-minded dialogue, free speech that measures and tempers the profound potential impact it wields, debate that is respectful, and the high-minded discourse that is the hallmark of true citizen-states, in communities populated by true citizen-scholars. These have to be – we have to be – the kind of people whose first inclination is not to reply to an opinion by saying I disagree, or by disengaging. Citizen-scholars like us have to work to principled, tested and shared understanding that involves the give and take, the ALL-A-TAUT-O tension of debate -- about the things we care most about. We have to say first, when confronted by an opposing view, I don’t understand. Tell me more, help me.” It’s a big test of our efforts to be inclusive, no? To see that our very ideas do not create an intellectual exclusivity?

It is my hope that we’ll agree to be just this sort of place, and to pass this test. We often refer to the “Tabor Bubble,” a shell between us and the so called real world. However, we cannot permit our community to be separate from the forces at work beyond our campus, or to be distant from the discomfort of controversy. We have to let all the ideas in, and we have to be immersed in them. We have to teach ourselves to approach disagreement with a constructively critical and discerning eye, and dismiss the easy temptation to shield ourselves from what feels hard, disorienting or even occasionally unsafe. We have to use disagreement to draw us together, as odd as that sounds, and not allow it to bully us into opposing corners – staring across the ring, but never answering the bell.

This will help us recognize what is too often misunderstood – that many of the problems “out there” are “right here,” and requiring more of us than we might suspect. Inside the bubble we have to hold ourselves to a standard of civic discourse and debate that is higher, higher by far, than what is being demonstrated outside of it. “Too often,” John Kennedy remarked, “we allow ourselves the comfort of opinion without the discomfort of thought.” As we strive for our school to be “more perfected,” let’s agree to demand opinion, thought and understanding from each other, and let’s agree to offer it freely and with care for each other. Let’s be a place wall-papered by ideas and hungering for the discussions they generate. We can’t guarantee the outcome, but we can ensure the pursuit. In doing so we’ll find a level of civic practice that is today rare, and ourselves among the most skilled and effective of citizen-scholars.