Jack’s words are in red; Fiona’s in black.

These “identifiers” we just rattled off are some of our differences that complement one another’s. We believe that a balance in the community is the foundation to a great year.

Here, different identities need to be celebrated in order for us to better ourselves and become a fully complementary community. Bringing each other up, and highlighting ALL of our best qualities. To give you an idea of why we are discussing complements, we would like to transport you back to 2016, when Fiona and I first stepped foot here on campus. When I arrived, I was as nervous as could be but eager for the things to come. I already had planned out a life for myself here. Or so I thought. Freshman year followed my trajectory quite nicely. My roommate and I got along well. I was playing three sports. Academics were challenging, but I was okay, and I had a nicely balanced social life. I had envisioned myself going off to play college lacrosse at a prestigious name school where I was going to be very happy in three years.

By sophomore year everything had changed. I had just gotten surgery on my foot which resulted in an extensive recovery, and ultimately left a large impact on my entire life. Because I was physically restrained, I was often left isolated, and lonely. Not only did my recovery take a toll on the activities I was able to partake in, but also on my mental health. My mindset and ideals were changed. I was invited out from behind the wall I had built up by Yasmin, a recent grad, and mentor to me. She basically forced me into expanding my horizons and reassured me that change was good. For that, I become more and more grateful for the chance to try something new every day. That year, I took part in three new after school activities. In each of them I learned about myself, and was challenged in many different ways. For example, in the fall, I joined the MakerLab. There, I ended up cleaning out the inside of an engine, and piecing it back together. A challenging task that taught me mechanical skills which had previously been completely foreign to me. This experience alone allowed me to learn and experiment with new things, setting me up to continue branching out in the rest of my sophomore year, my junior year, and in this coming year.

Unlike Fiona, I kind of just showed up. All I knew was that I was going to try some new stuff and play baseball. I wasn't worried about making friends, as I considered myself to be a “social butterfly.” On the flip side, I was nervous about the academic workload, as I didn’t (and still don’t) consider myself to be the brightest bulb in the lamp shop. When classes first began, I was doing modestly well, but was very unorganized and needed some guidance in order to take that next step in my academic journey. This is where my wonderful advisor, the one and only, Mrs. Sughrue, stepped in for the rescue. Throughout my freshman and sophomore years, Mrs. Sughrue, while always caring for me as an individual, whipped me into shape, giving me to do lists, schedules, and instructions that would better prepare me for success.

Towards the end of my sophomore year, my life at Tabor finally started to come together. All of the to do lists, schedules, and instructions Mrs. Sughrue had once given to me, I now began to do them on my own. As a result of my new found self-sufficiency, I grew more and more confident as a student.

Now we have been a part of many different activities on campus, and have learned to lean into the discomfort of being new to something, failing, and trying again. This year, like every other, MOST things are new. We will all be leaning into uncomfortable situations and given opportunities to try new things. We believe that everyone needs to take those chances as often as possible. Because, as our experiences testify, things don't always go as planned. For those of you who are new to the community, we share these stories as reassurance that everything will be okay. Who we are today, we could not even conceptualize three years ago.

As Jack and I have now shared part of our stories, we ask you to reflect on yours. Think about what the future holds. Who has influenced you during your time here, whether you have been here for three days, or three years? What have you noticed, or enjoyed? And how do you perceive yourself in relation to those around you? Within our community, every person does their part to complement another. This year we are beyond excited to watch how we all grow, change, and make connections.

Let's all be more than the most convenient definition of ourselves, and do our part to complement one another.

It's a great day to be a Seawolf! THANK YOU 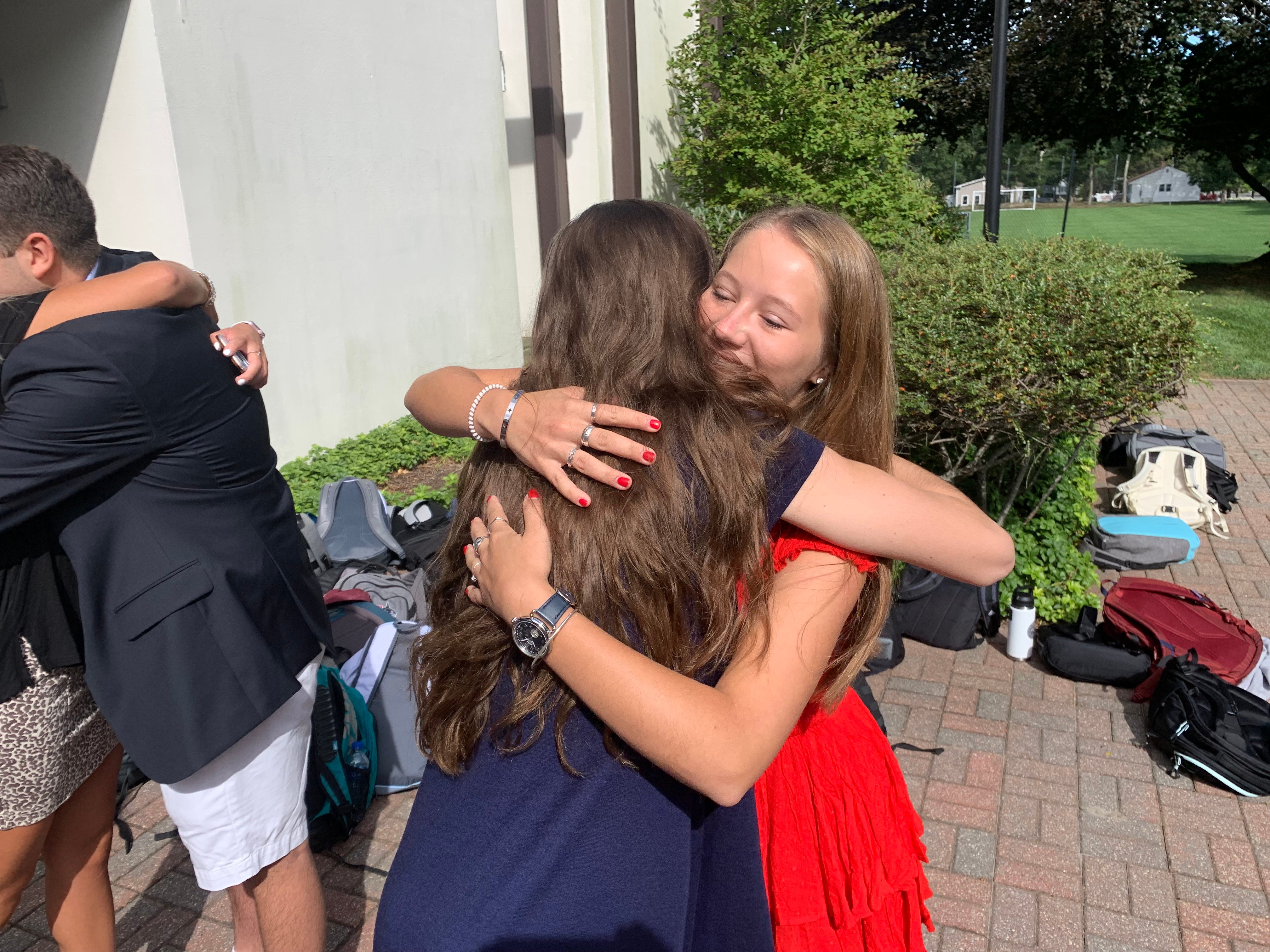 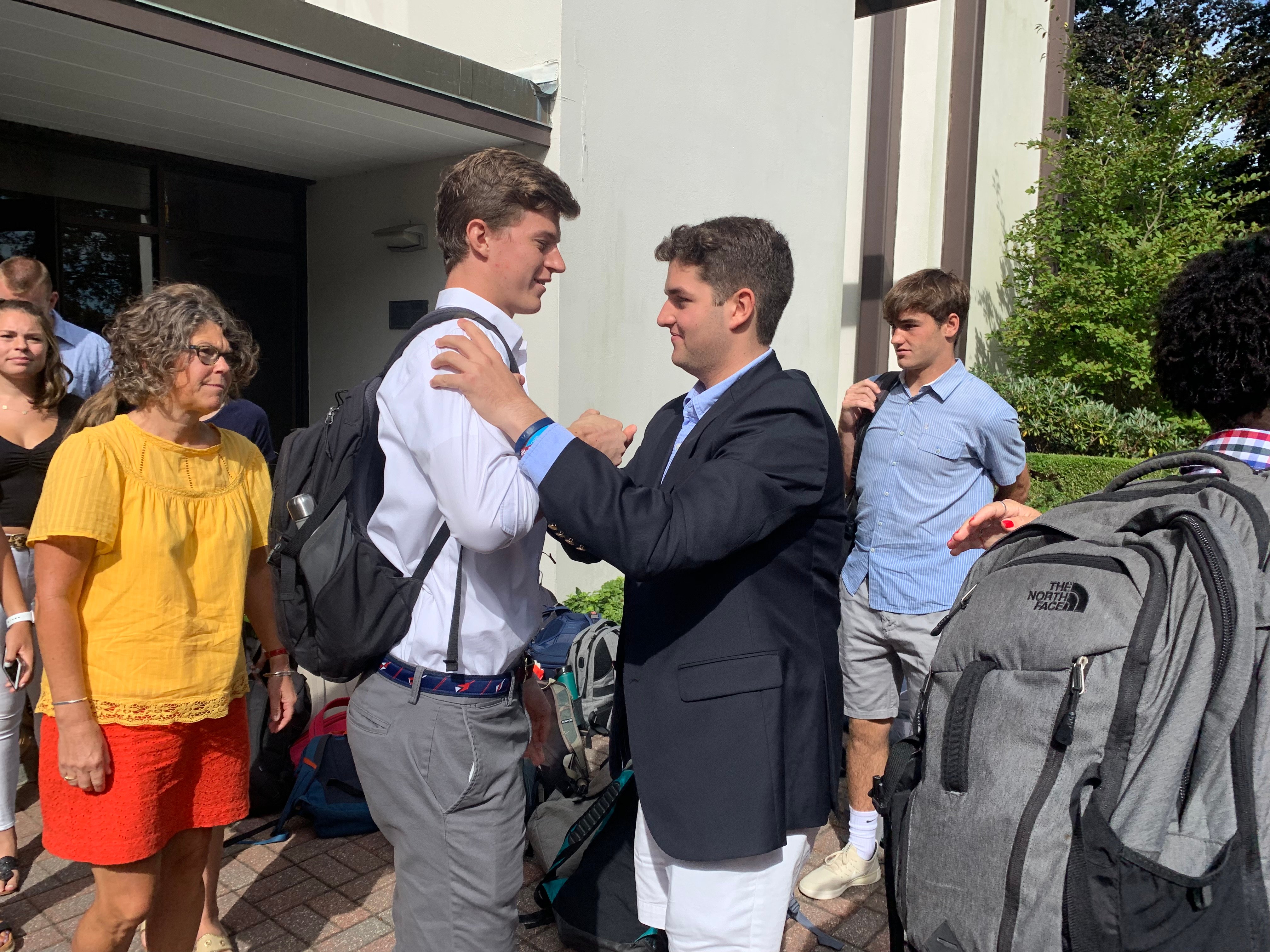