It’s been just over a year since I first reached out to Captain Geil about making a documentary on Tabor Boy’s entry in the 2019 Marion to Bermuda Race. A lot has happened since then, including pitching the idea to supporters, filming the voyage onboard Tabor Boy, and editing together the final film. Today, I finally get to share the trailer for that film, with screenings of the full version coming later this year.

The documentary Celestial follows the crew of S.S.V. Tabor Boy as they navigate celestially in the 2019 Marion to Bermuda Race. Twelve Tabor students, seven alumni, three licensed mates, and Captain James Geil made the 645 mile trip without GPS, relying solely on the skills of crewmembers who have learned celestial navigation. The film shows the value of learning to navigate celestially and the deeper connection it produces between the sailor and the sea. Onboard the vessel for the entirety of the race from Massachusetts to Bermuda, it captures the mental and physical strain of offshore sailing. 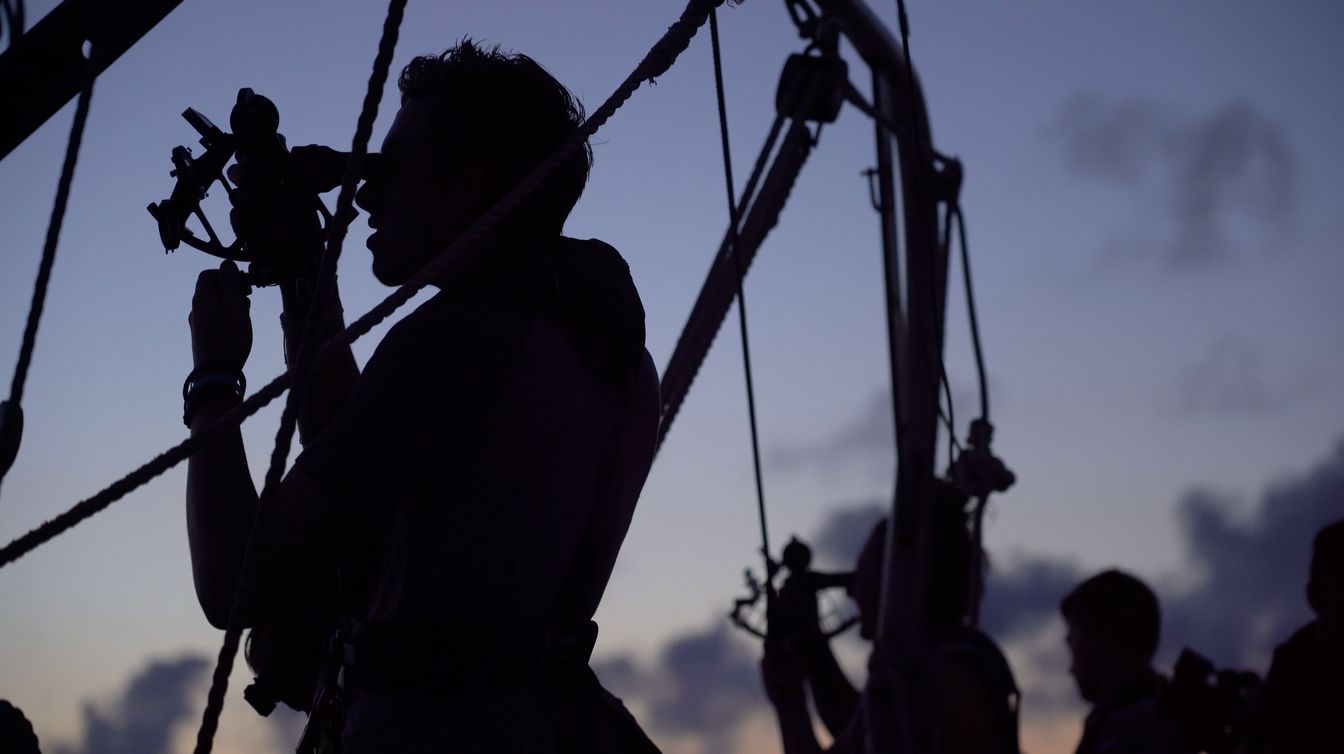 I had the amazing opportunity to take Cap’s Celestial Navigation class my junior year at Tabor. It remains my favorite class that I took in my four years, both because of Cap’s enthusiasm in teaching the subject and the nature of celestial navigation itself. There’s an admittedly steep learning curve to it, requiring knowledge of lots of technical terminology and an understanding of the relationships between the Earth, sun, moon, and other celestial bodies. Working through the process of the navigation towards finding your position on the chart can be immensely satisfying when it is successful and deeply disheartening when it is not. In saying this, I don’t mean to turn anyone away from trying it, quite the opposite: it is this learning and experimentation that makes it so rewarding and so compelling to learn and use celestial navigation.

Shooting a film while onboard Tabor Boy proved to be quite the challenge. The boat never sleeps when it is offshore, making it difficult to capture everything that is happening at all hours of the day. The unique combination of wind, flapping sails and creaking wood is the antithesis of the ideal environment to record audio and the constant rolling of the waves makes getting steady footage difficult. On top of that, seasickness kicked in for a number of us after some rougher seas the first night, making it near impossible to do just about anything except sit and suffer. I have to thank all the crewmembers who put up with me in the day or two before I got my sea legs. Of course, I can’t complain too much: the open ocean and the Tabor Boy made for a stunning backdrop in every shot.

One night during the voyage, we decided that winds were calm enough around sunset to launch the drone from on deck. I knew this would be a huge challenge, as a schooner under sail presents a plethora of suboptimal conditions. Nevertheless, I took the risk and completed a successful launch, resulting in roughly fifteen minutes of stunning views of Tabor Boy with a gorgeous sunset in one direction and a full moon in the other. The drone’s return onboard proved to be one of most exhilarating moments of the trip. After half a dozen unsuccessful attempts to maneuver the drone back onto the moving ship, Christian Vander Mel ’19 volunteered to situate himself on the inflatable boat hanging in the davits off the stern, getting just enough clearance to snag the drone in his hand as the rest of the crew eagerly watched on. This small moment points to what makes shooting a film in this environment so difficult, but also so rewarding. The shots that resulted were truly unbelievable, and you get a sample of that in the film.

Making a documentary like this one takes a tremendous amount of resources. The support I’ve gotten from Tabor, the Marion to Bermuda Race itself, and many other members of the sailing community has been extraordinary. It is no exaggeration to say that this film would not have been possible without it. The result, I hope, is a film that conveys the value of celestial navigation, the beauty of offshore sailing, and the extraordinary uniqueness of Tabor Boy and Tabor’s Nautical Science programs. For everyone interesting in seeing the film, we plan to have screenings at Tabor and at film festivals and events across the country later this year.

For more information about the film, go to www.celestialfilm.org or www.facebook.com/celestialdoc. 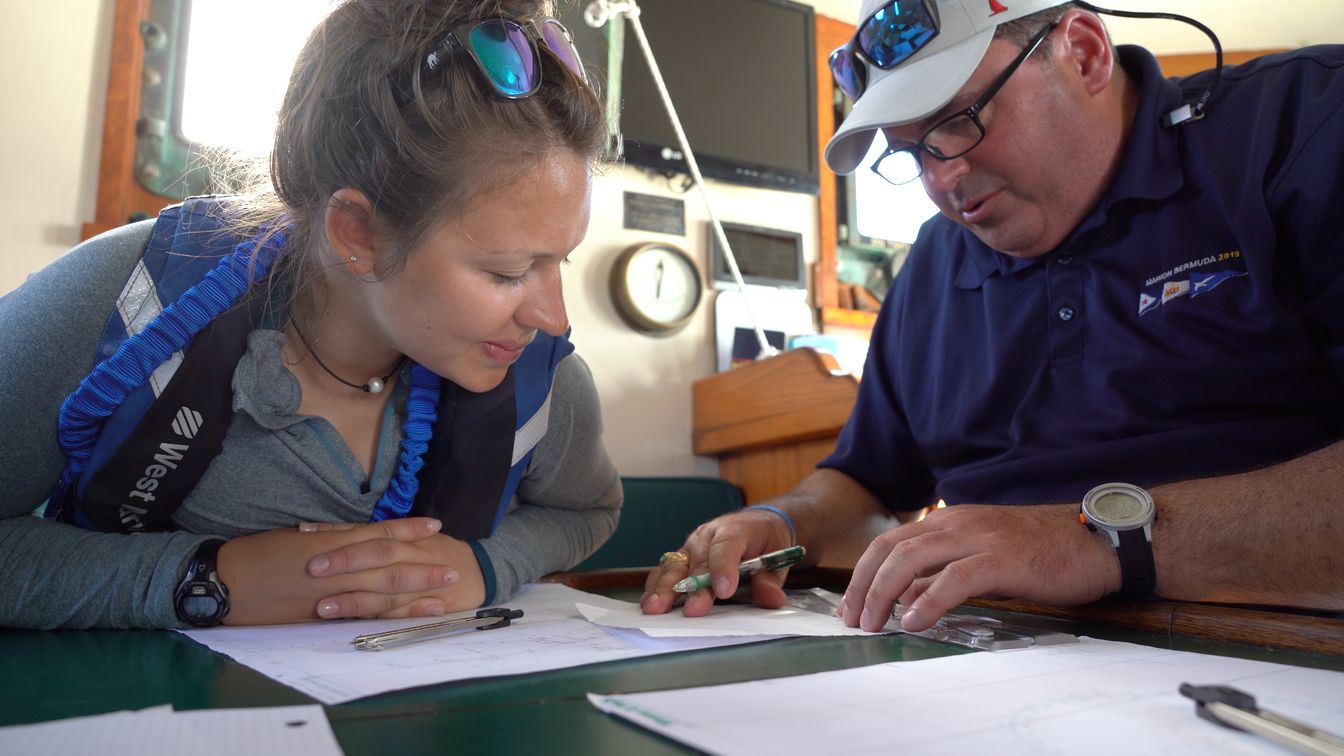